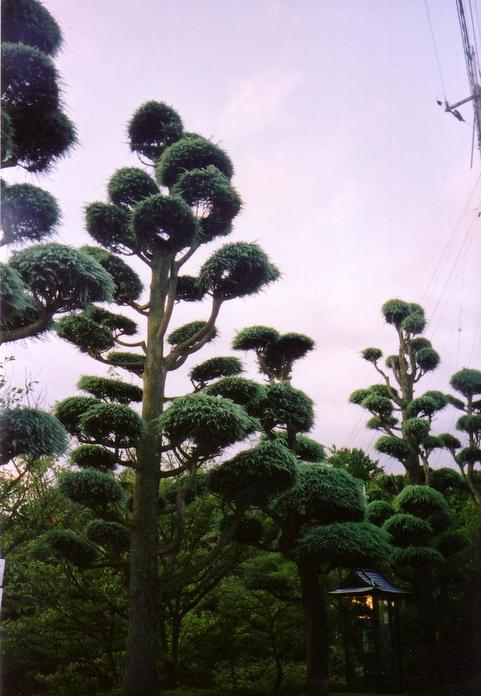 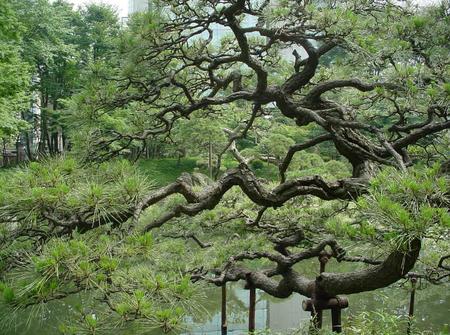 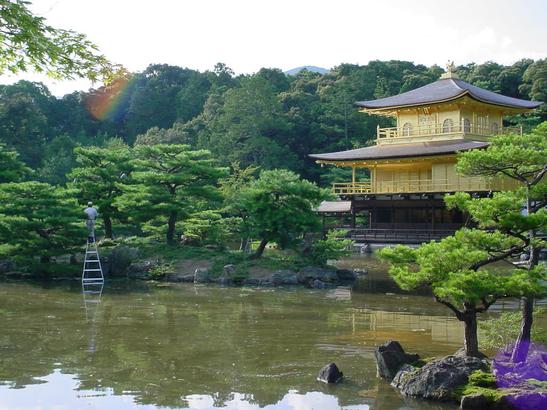 Welcome to GiantBonsai.com, a brief introduction to art of Japanese landscape pruning and arboriculture. 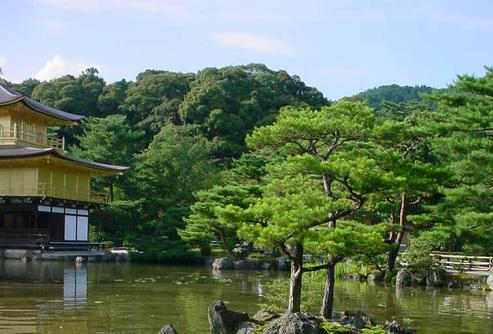 What is Ueki no Te Ire?

The Japanese phrase, Ueki no Te Ire (also pronounced Niwaki no Te Ire), translates literally to "the care of shrubs or ornamental landscape trees." In common usage, the phrase usually refers to the Japanese arboriculture process of shaping landscape trees into enormous works of art. 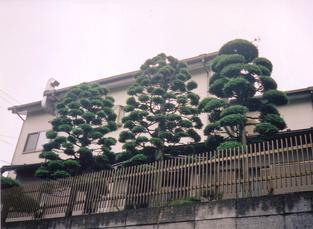 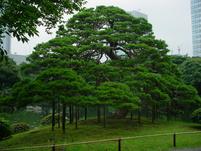 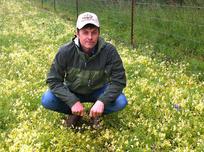 Eric Lee-Mäder has degrees in Japanese Language and Horticulture. He has lived and traveled extensively across Asia, documenting gardening and agricultural practices. He lives in the Pacific Northwest and works as a full time ecologist with Xerces Society for Invertebrate Conservation. 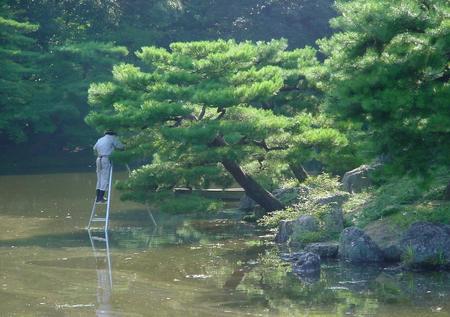 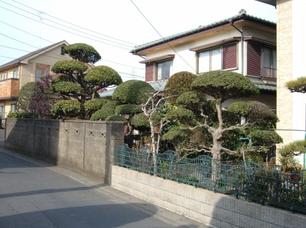 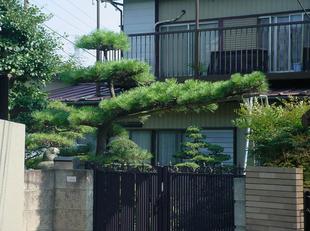 When Westerners see beautifully crafted Japanese street and garden trees, they often think of them as "giant bonsai trees," even though the term "bonsai" refers specifically to potted plants. Like bonsai, Japanese art trees have formal classifications based on their style of pruning. Terms like Matsu Zukuri, or Kuruma Shitate are used to describe particular pruning styles. These styles often evoke the image of mountains off in the distance, or a large windswept tree clinging to an ocean-side cliff.

Art trees are ubiquitous in the Japanese landscape and Asian-style pruning is becoming increasing in popular in the West. While many North American nurseries are attempting to re-create authentic Japanese styles, the results often fall short of the real thing. Mass-produced "Hindu-pan" trees and "Pom-pom" junipers usually do not conform to actual Japanese styles, and are often awkward and gangly in appearance.

Ueki no Te Ire: The Japanese Art of Giant Bonsai was the first ever English-language book to deal specifically with the subject of Japanese art trees.

Several formal tree styles are introduced in the book, along with  color photos, and step-by-step instructions to create authentic Japanese-style landscape trees. In addition, the biological effects of pruning are discussed with a special emphasis on maintaining plant health. Throughout the book traditionally used Japanese tree species are listed for each formal style, along with species recommendations for North America.

Ueki no Te Ire, is a resource for Western bonsai enthusiasts, landscape designers, arborists, and specialty nursery growers. The book can be purchase or previewed HERE, at Lulu.com, an independent publishing marketplace. 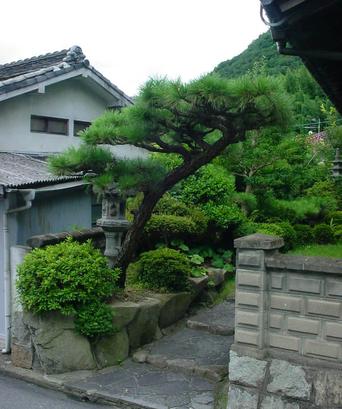